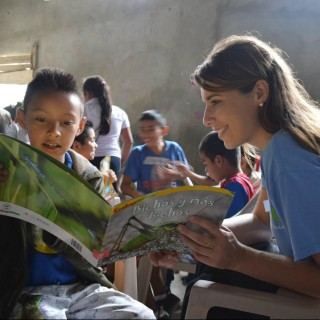 8 weeks ago I was confronted with a difficult decision. A decision to become sober. Not necessarily for the rest of my life, but to abstain from alcohol at least for the time being. When confronted with this decision I was surprised by my resistance. I was surprised how unwilling I was. I’d blame my unwillingness on that if I really wanted to take a break, I could. So, therefore, I didn’t really have a problem…

Then I heard someone speak on the matter of being sober. She said if you can’t abstain from alcohol for at least 6 months, guess what?! You’ve used it as a coping mechanism. So there it was. There was the unwanted truth, the unwanted confrontation that I needed to take a break from it.

I honestly never considered myself to have a problem with alcohol. I previously worked for an adolescent treatment center and was well aware of the signs of a substance abuse and still, I don’t label myself as an alcoholic. BUT there are layers of dependence. There are those that can’t function within their job without a sip of alcohol, and then there are people that can’t kiss someone without having at least a cocktail or a shot depending on how hot their date is.

Personally, I’ve realized that both dating and alcohol were not always but during hardship and confusion used as coping mechanisms/ ways to escape. If I was feeling insecure about my appearance, I’d go on a date. If I had an exceptionally difficult shift at work or I was frustrated I’d have a drink. And more often than not, a drink would turn into multiple drinks. At the core, they haven’t helped me process my emotions in a healthy manner but instead would help me to deflect.

Now as I’ve been reflecting on the term sober, it’s actually not always associated with alcohol or substance use. But the term sober also means sensible and solemn. Solemn means to be characterized by deep sincerity and sensible means doing or choosing in accordance with wisdom.

Here are some examples of subtle layers of an addiction:

You really want to travel to Bali, but you can’t seem to save money for the trip because your weekends involve parting, or you simply can’t stop buying that Venti Latte at Starbucks every morning.

You really want to start exercising at 6 AM, but you can’t seem to put down Instagram at 11PM and therefore sleep through your alarms.

You really want to lose 5kg, but you can’t say no to the free cookies in the office kitchen.

You really want to break up with your boyfriend, but you keep excusing his behaviors because you don’t want to be alone.

It’s a power struggle and these last 8 weeks have been uncomfortable. Uncomfortable because I’ve had to face some real truths and claim back my authority over my feelings, attitudes, and behavior. Simultaneously it’s been incredibly empowering. I feel like I’ve already made some breakthrough and starting to form habits that will take me to the next level. The beautiful thing is I don’t have to do it alone. It’s been so helpful to be in a  community of people with the same intentions and efforts.

If you are struggling with something, please reach out to me, your friends, or your community. There are plenty of resources out there that can help you with tweaking small adjustments in your life, or overcoming some major hurdles.

One thought on “8 Weeks Sober”